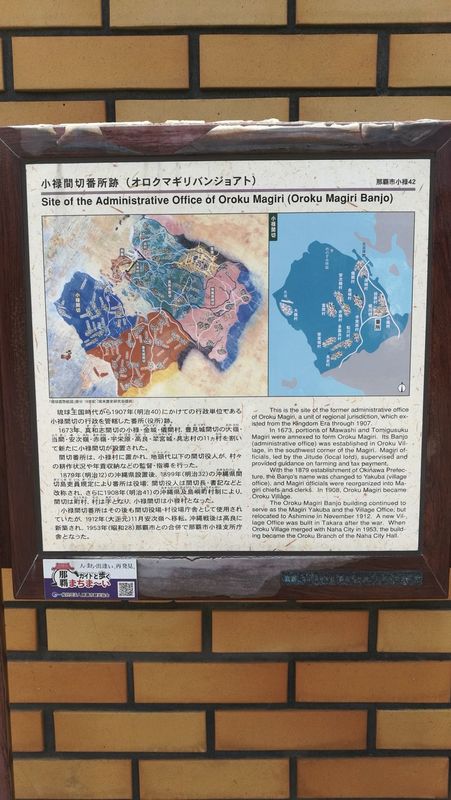 Site of the Administrative Office of Oroku Magiri (Oroku Magiri Banjo)
This is the site of the former administrative office of Oroku Magiri, a unit of regional jurisdiction, which existed from the Kingdom Era through 1907.
In 1673, portions of Mawashi and Tomigusuku Magiri were annexed to from Oroku Magiri. Its Banjo (administrative office) was established in Oroku Village, in the southwest corner of Magiri. Magiri officials, led by the Jitude (local lord), supervised and provided guidance on farming and tax payment.
With the 1879 establishment of Okinawa Prefecture, the Banjo's name was changed Yakuba (village office), and Magiri officials were reorganized into Magiri chiefs and clerks. In 1908, Oroku Magiri became Oroku Village.
The Oroku Magiri Banjo building continued to serve as the Magiri Yakuba and the Village Office, but relocated to Ashimine in November 1912. A new Village Office was built in Takara after the war. When Oroku Village merged with Naha City in 1953, the building became the Oroku Branch of the Naha City Hall. 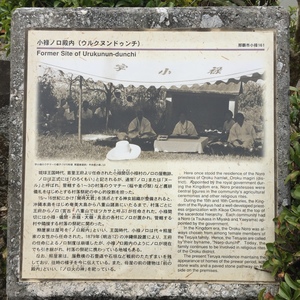 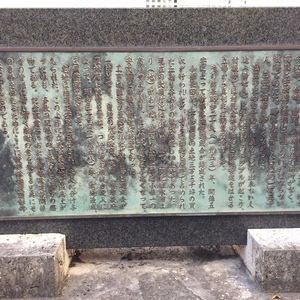 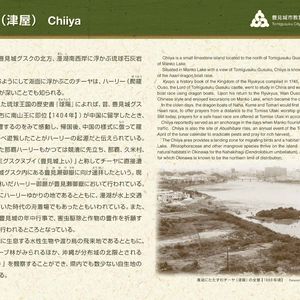 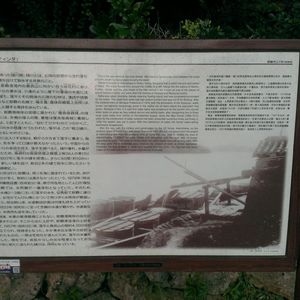